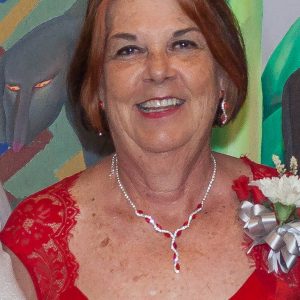 Elmira Leto, founder of the Samuel’s House temporary shelter for homeless women and children in Key West, on Friday was named to Florida’s Women’s Hall of Fame.

Gov. Rick Scott also tapped for inclusion Carol Jenkins Barnett, the president of Lakeland-based Publix Supermarket Charities; and South Florida journalist Helen Aguirre Ferre. The three were among 10 nominees offered by the 22-member Florida Commission on the Status of Women. After ministering to female inmates at the Monroe County Detention Center, Leto realized there was a need in the Keys for a place where homeless women could get their lives back together. She reasoned that those with substance-abuse and mental-health issues, women who lost their jobs and women who were domestic-violence victims can’t do it by themselves. So in August 1999, Leto founded Samuel’s House, whose mission is to provide a second chance for troubled women and their children. Now 16 years later, the shelter for homeless women and children has become a key part of Monroe County’s social-services safety net.

Samuel’s House comprises three housing complexes:
The Mary Spottswood Women’s Center, a shelter for women and their kids for up to 90 days.
Kathy’s Hope, which has 16 bedrooms.
Casa de Meredith, seven two-bedroom apartments and two efficiencies.
“We’re all a team here and I can’t take all the credit,” Leto said. “It’s a team with the employees and the community.” For example, when the Monroe County Domestic Abuse Shelter reaches capacity, Samuel’s House takes its “overflow. We have a really good rapport” with shelter Chief Executive Officer Venita Garvin.