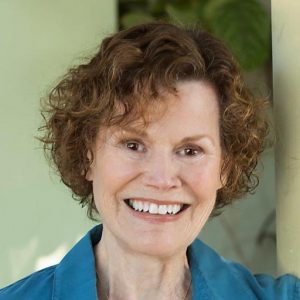 Judy Blume spent her childhood in Elizabeth, New Jersey making up stories inside her head. She has spent her adult years in many places doing the same thing, only now she writes her stories down on paper. Adults as well as children will recognize such Blume titles asAre You There God? It’s Me, Margaret;Blubber;Just as Long as We’re Togetherand the five book series about the irrepressible Fudge, beginning withTales of a Fourth Grade Nothing. Judy has also written novels for adults that include “Wifey”,”Smart Women”,”Summer Sisters” and her most recent “In the Unlikely Event”, all of them New York Times bestsellers.Together, her books have sold more than 85 million copies in 32 languages, and have been a touchstone for countless young readers, many of whom have been inspired, as grownups, to write their own books. Judy’s knowing voice and honesty come with a price: the American Library Association has consistently placed Blume at or near the top of its list of authors most frequently banned. In turn, she has championed intellectual freedom by working diligently with the National Coalition Against Censorship (NCAC) to support teachers and librarians who fight to keep challenged books on their shelves. In 2009, the NCAC honored andpaid tribute to Blume’s longstanding defense of free speech and her courageous battles against all kinds of censorship. She was awarded the National Book Foundation Medal for Distinguished Contribution to American Letters in 2004 and the Library of Congress’ Living Legends award in 2000. Judy is also the recipient of the 2017 E. B White Award from the American Academy of Arts and Letters as well as the 2018 Carl Sandburg Literary Award from the Chicago Public Library Foundation.Judy serves on the boards of the National Coalition Against Censorship and the Key West Literary Seminar. Additionally, she is an advisory member of the boards for both the Authors Guild and the Society of Children’s Book Writers and Illustrators.Two years ago Blume and her husband, George Cooper, longing for a bookstore in Key West where they live, founded the independent, non-profit Books & Books @ The Studios. She is proud to be associated with Mitchell Kaplan the Miami bookseller. These days Blume can be found working several days a week at her shop. “After 50 years of writing, I’m enjoying meeting so many readers and introducing them to some of my favorite authors.”