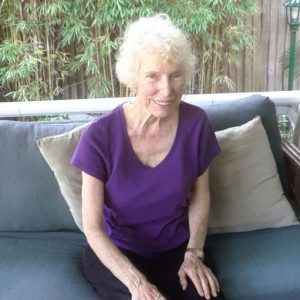 Dr Shirley Freeman, The Person
Dr Shirley Van Meter Freeman is an intelligent, brave, and generous woman. But it was curiosity that drove her out the door of her small town into the wide world. Born in 1935 in the middle of the depression, Shirley Freeman was a determined soul from the beginning. Marvell, Arkansas, population 1280, sent forth a person who would go on to impact many people in the future. Curiosity may be her strongest suit. She wanted to know. Everything. So she set about doing just that. In high school she traveled whenever she got the opportunity throughout Arkansas and Mississippi and a tour through South America just to see what was out there. And there was a lot out there. From that point she pushed out into the world, learning, teaching, managing and giving.

She attended the University of Arkansas and obtained a Bachelor of Arts in Sociology and Political Science and a Masters in Education. After teaching for 8 years in Arkansas, she applied to overseas embassy schools in Rome, London and Paris. She ended up in Zagreb, Yugoslavia (now Croatia), and took a position as a headmaster of the American School. After two years she returned to the United States to pursue her doctorate in International Education and School Management from Miami University in Ohio where she also taught undergraduate courses. She has taught every grade level from Kindergarten to Graduate School.

Qualities That Made Her What She is Today
Curiosity and a strong sense of community service. Curiosity caused her to go out into the world to learn. When asked what her passion is she responded “community service”. She has lived in every section of the country including Arkansas, San Francisco, Denver, DC, Ohio, and Florida to which she attributes her open and accepting attitude. And that is how she has conducted her life – based on that passion.

Why Did Dr Freeman Settle in Key West
She had traveled the world and recognized that a wider view of society is needed to bring about change. She wanted to be part of a community that had that view. “You need to care about your whole community”. Key West, its motto being “One Human Family”, offered that concept. Plus it has a pretty good climate!!

Dr Shirley Freeman Key West Life/Accomplishments
Dr Shirley Freeman arrived in Key West, Florida in 1971 to accept the position of Principal at Douglass Elementary School. Her plan was to stay for five years. But that changed when she married Billy Freeman. Billy had a lifetime of elected community service – 20 years as county commissioner, 2 years as State Representative and the last 12 years of his life as Monroe County Sheriff. He cleaned up the dysfunctional and drug infested Sheriff’s department and brought it to the nationally accredited highly regarded force that it is today.

In her 44 years in Key West, she has served the community tirelessly as a school administrator (20 years), elected Monroe County Commissioner (5 years), Mayor of Monroe County (3 years) and through volunteer service and financial support to countless non-profit organizations and appointed boards and through community activism. Her “community service” passion is very evident in all that she has done and is still doing.

*Helped Establish Zonta in Key West
*Helped Establish the League of Women Voters in Key West
*Served as a school administrator for 20 years
*One of the first non-lawyers to be appointed by the Florida Supreme Court to serve on the Florida Board of Bar Examiners.
*Helped found and served as chair of the Community Foundation of the Florida Keys. The Foundation has donated over $20 million to charity during its 20 year existence.
*Helped found and served as Chair of Keys Hydropower, a non-profit organization founded to research development of electricity from the ocean tides.
*Served on the Monroe County Tourist Development Council. The TDC has made the Florida Keys one of the most well-known tourist destinations on earth.
*Served four times on the Key West City Manager Selection Committee to recommend finalists to the City Commission position.
*Help found and served as ex officio member of the Florida Keys Council of the Arts representing the Monroe County Commission. Now an honorary director.